Creating a Sanctuary for Children 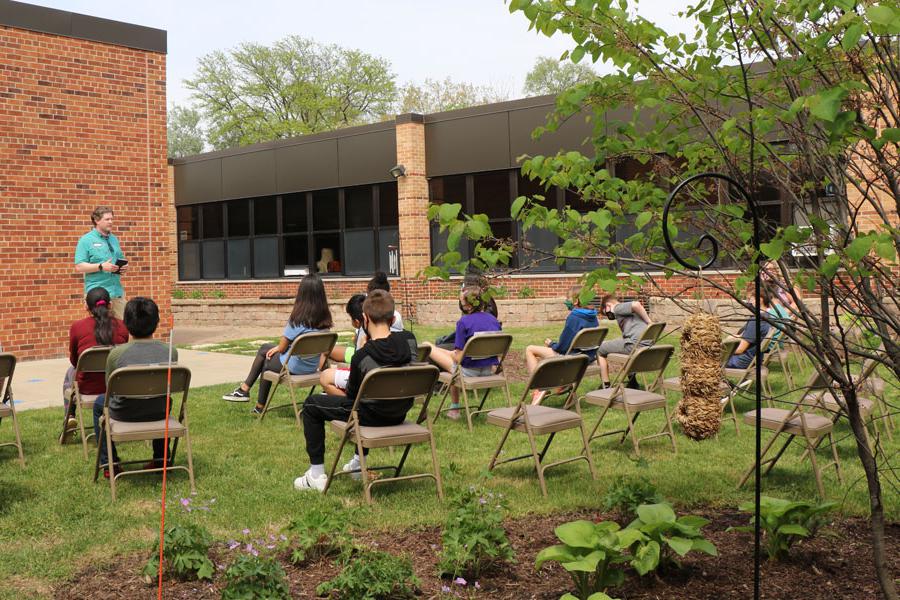 Civiltech landscape designer, John Magill, volunteered his time and talents to create a special place for children that promotes health and wellbeing – an opportunity that John viewed as a dream project. Kimberly Folkening, a 2nd grade teacher at Ideal Elementary School in Countryside, IL, had the vision to transform the school’s inner courtyard from a simple patch of grass to a sanctuary that would provide a calm and meditative refuge for students and faculty. Mike Folkening, Kimberly’s husband and Civiltech’s Director of Urban Design & Traffic, connected John with Kimberly, and in early 2020, John began breathing life into the Sensory Meditation Garden.

John first worked with school staff and students to get an understanding of what they hoped to accomplish. Together, they came up with a list of needs which were then weighed against budget and tweaked until they had consensus on the garden’s features. John then began the design process, working through 4 schemes to achieve the final selected plans and budget. 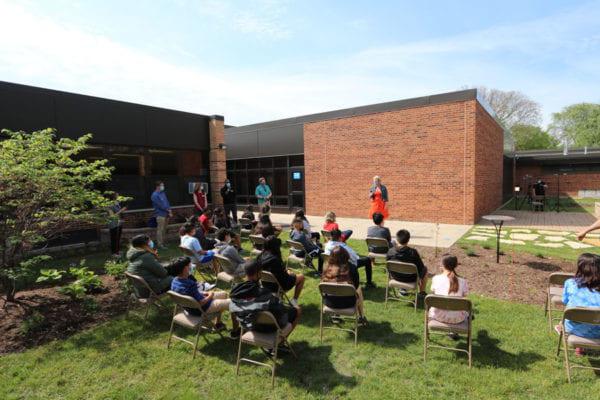 Recognizing that this would be a very emotive project requiring therapeutic design aspects, John approached the design from his interest in floral and faunal associations and the goal of creating refuge. As refuge, the space was designed to be a safe space for children, plants, and animals. To ensure fauna, the design includes habitat features such as a bird bath, a bird feeder, and a Mason bee house. For floral and faunal associations, plants were selected that produce flowers to support insects and birds, such as cardinal flower that attracts hummingbirds and a serviceberry tree that produces fruit favored by birds.

John also wanted the garden to reference notable regional landscape architects, in particular, Jens Jensen. A Danish-American landscape architect, Jensen is a key figure in the Chicago Renaissance. Jensen collaborated with Frank Lloyd Wright and played a prominent role in the creation of Prairie Style. His renowned designs include Chicago’s Columbus, Humboldt, Garfield, and Douglas Parks. The Sensory Meditation Garden design pays homage to Jensen’s Council Ring – a circle of stones or benches that create the simple affirmation that all members of a community matter equally.

Contributing to the sense of tranquility, the design includes elements of Japanese gardens by using existing drainage as a feature. John worked an existing storm water drain into the garden’s design incorporating it into a bed of ornamental grasses creating a natural aesthetic while maintaining its function. 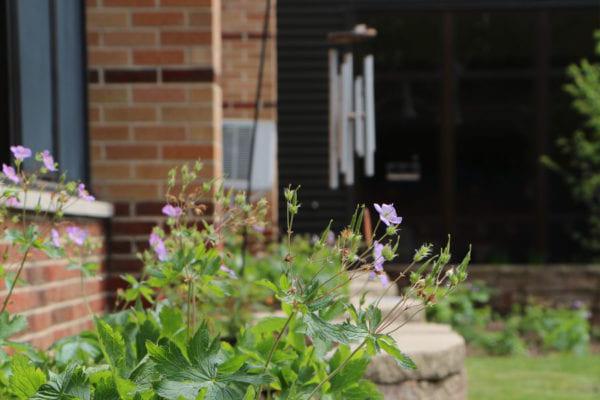 John’s dream design became a reality, and on May 20, Ideal Elementary School hosted their Sensory Meditation Garden ribbon cutting. The project was achieved through a collaborative effort of teachers and staff, School District 105 representatives, community leaders, and local business sponsors – and most importantly, the vision of one 2nd grade teacher.

When asked if the trees and birds would be a distraction to the students, John shared a story that has a touch of irony. He shared that when he was in school, he was called into a parent-teacher conference for spending classroom time staring out of the school windows at the trees. In the conference, his teacher reprimanded him saying he needed pay attention in class because he would never get a job by looking at trees.