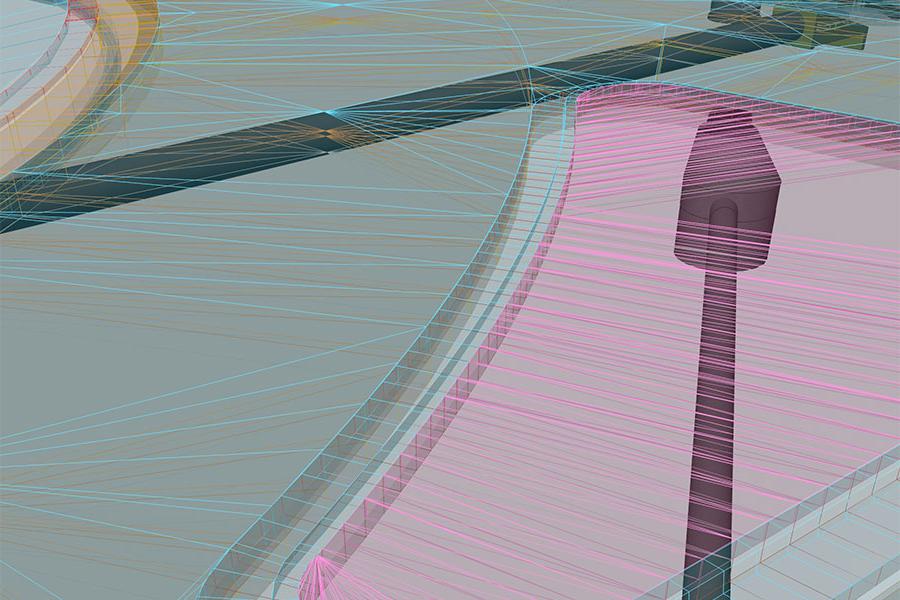 Supporting Our Clients With Innovation

At the 2019 Transportation Research Board Annual Meeting, a presentation on Building Information Modeling trends in transportation engineering highlighted the Illinois Tollway as an industry leader in 3D project deliverables. The specific project featured in this recognition was the Reagan Memorial Tollway (I-88) at IL Route 47 Interchange on which Civiltech provided the design engineering.

The Tollway initiated the idea of a 3D deliverables pilot project to observe and analyze the process, identify challenges, and determine changes to policy or approach that may be needed to more fully implement 3D deliverables in the future. Civiltech was thrilled to have our project selected, not only to assist our client in this initiative, but as an opportunity to advance our 3D capabilities. 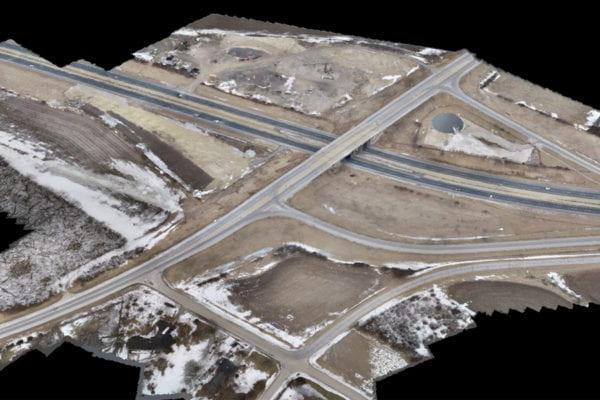 The Tollway was familiar with Civiltech’s 3D modeling capabilities and chose this specific project due to certain parameters. Primarily, the project location is more isolated than many Tollway projects, thus it did not have some of the complexities created by overlap with other contracts. Also, limited bridge work reduced structural engineering and maintenance of traffic requirements that would have affected the complexity of the model.

The project involved a significant amount of earthwork which also made it ideal for this initiative. A benefit of utilizing a 3D model within the contract documents is that the extent of earthwork can be closely quantified and those quantities can be verified during bidding. As the project moves into the construction phase, the model will be beneficial to the contractors involved in earthmoving.

While Civiltech previously used 3D modeling extensively in design development, this project was our first opportunity to replace certain construction drawings with a model. Through the course of the project, we identified a number of challenges noteworthy to ourselves and the Tollway. The biggest challenge resulted from variations in the software used by designers and contractors. Many contractors struggled with compatibility issues, or simply that their systems could not handle the size of the files. In working through this challenge, the Tollway will be better equipped in the future to advise contractors on the software requirements and skill sets necessary to fully utilize the information contained within 3D deliverables.

As Civiltech and the industry move further into the use of 3D models as contract documents, our clients will benefit from many potential advantages.

A design challenge that Civiltech faced was buttoning down the final project details. Three dimensional modeling in the civil engineering industry includes different types of complexities than the modeling involved in building design. A 3D model of a roadway reconfiguration requires aligning with a multitude of different existing conditions that tie into the project. Sometimes nuances exist that are difficult to capture within a 3D model. Those nuances would normally be addressed through two dimensional details such as cross sections. With a 3D model being the final deliverable, those issues needed to be fully resolved within the model.

As Civiltech and the industry move further into the use of 3D models as contract documents, our clients and stakeholders will benefit from many potential advantages. First and foremost, the contractors can clearly understand and visualize a project’s many parameters allowing them to estimate the project more quickly and build it more accurately. The model realistically illustrates what the final product will look like and how it integrates with the existing conditions that surround it. Also, a 3D model will provide the client, the construction manager, and the contractors with a level of precision and detail that might normally be difficult to capture in a traditional plan set. 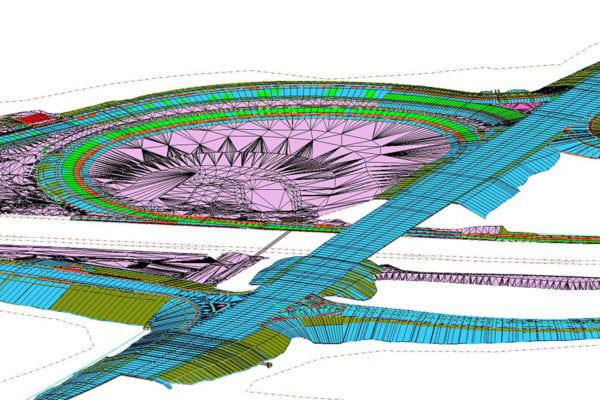 Another benefit of 3D project deliverables is that agencies will be gaining a significant amount of data useful to their asset management. All components of the agency’s infrastructure can be captured in an overall comprehensive model instead of stacks of old plan sets. Whether emergency situations or routine maintenance, accurate historical data and as-built information will be easily available.

During the design process, Civiltech and their subconsultants were able to simultaneously work in the model. This created a collaborative environment where the entire team was able to identify and evaluate problems as they occurred. Mitigating deficiencies during the design process helps to minimize unforeseen problems that could result in change orders during construction. The same applies to agency reviews and bidding. By being able to see all of the information in 3D, issues can be identified and remedied that may have previously not been discovered until the project was under construction.

Both Civiltech and the Tollway consider the outcome of this phase of the project a success. However, both are looking forward to further analysis of the processes and lessons learned when construction has been completed having incorporated the 3D model into the contract documents.